Today we’re announcing Terminal Web, a new web-based interface for Lightning node operators to gauge their node’s performance and get actionable recommendations on ways to improve. This is our first step towards providing a more unified experience for node operators that need to be able to measure, track, and manage their node’s performance. What’s more, by helping node operators, we can help the Lightning Network evolve into a distributed network for bitcoin transactions that is more durable, more private, and more cost effective. 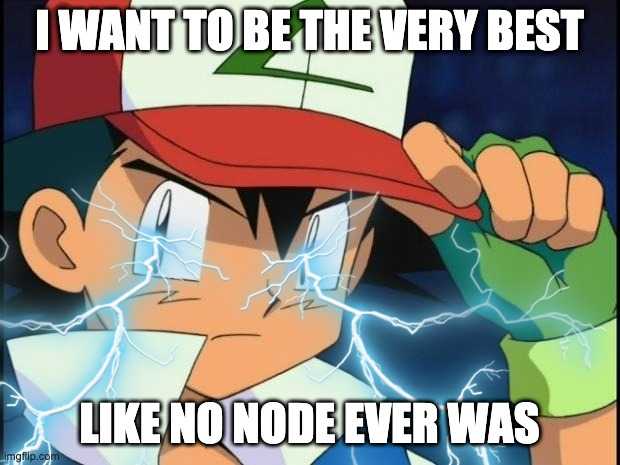 In talking with new node operators, we found that their primary goal was to support the network. We also found that they were unsure as to how their node was performing and didn’t know what actions they needed to take to contribute to the health and growth of the Lightning Network.

Products like Umbrel, Raspiblitz, myNode, nodl, and Voltage have made it easy to get a node up and running and, due to their tremendous work, the number of nodes on the Lightning Network has doubled in the last year to over 16,000.

With the recent acceleration in growth, it’s vitally important that node operators are empowered to most efficiently allocate their capital throughout the network.

Terminal Web simplifies these capital allocation decisions for node operators by giving them the actionable information they need.

Early in our development of lnd we realized that new nodes would need a convenient way to identify and connect to reliable and well-positioned nodes on the network. To address this challenge we experimented with node scoring using active network-level heuristics. The end result was an algorithmically curated list of performant Lightning Network nodes dubbed the Bos Score list. The Bos Score is based on factors such as node capacity, channel age, uptime, and is used in our Lightning Pool liquidity marketplace to assess the quality of nodes.

With Terminal Web, we take this concept one step further by presenting top performing nodes in an accessible and easy-to-navigate list. 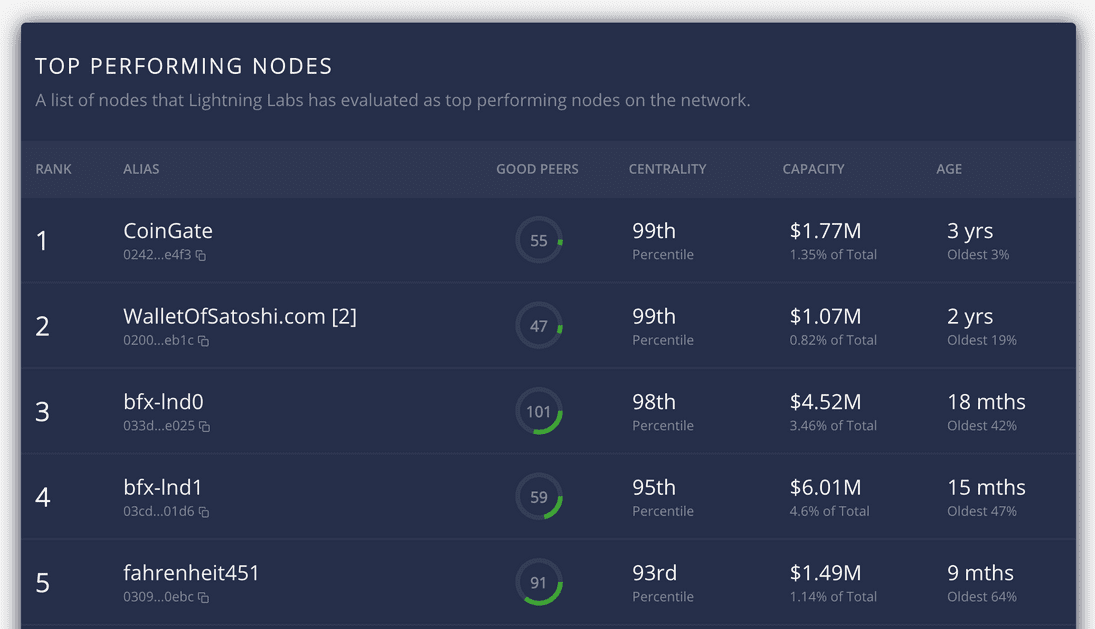 The leaderboard not only helps node operators understand how well their node is performing relative to others, it also incentivizes efficient capital allocation and makes it easy for new node operators to onboard onto the Lightning Network. And seriously though, who doesn’t want to be at the top of the leaderboard?

Running a Lightning node today can be challenging without diagnostics or actionable feedback. With health checks in Terminal Web, we aim to provide node operators with the necessary feedback to operate a performant node. 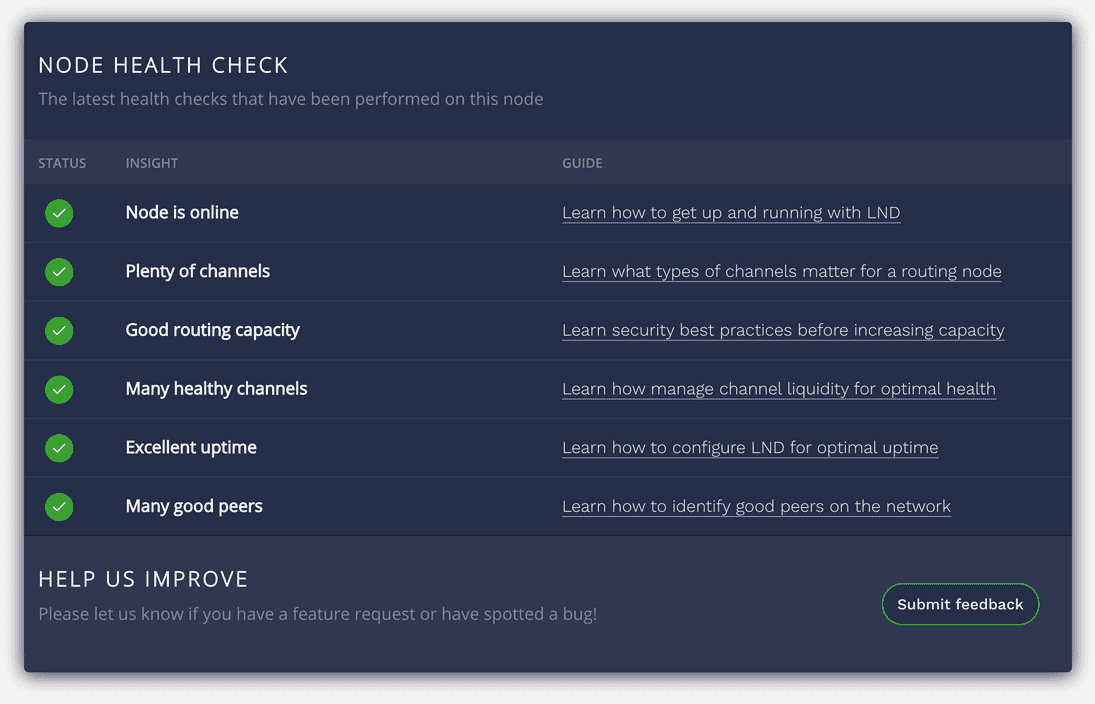 Currently we perform a basic set of health checks on all nodes that have at least one public channel. In the event a node does not pass a health check, a guide to help correct the issue is conveniently provided.

In the initial release of Terminal Web a list of suggested peers is surfaced for a subset of nodes which, by connecting out to these peers, will improve their positions within the network.

Opening a channel to a suggested peer creates a mutually beneficial connection helping both nodes and in the process, improving the overall performance of the network.

In the future, node operators will be able to use Terminal Web to open and buy Lightning channels, identify and prune underutilized channels, as well as monitor and manage channel liquidity. This release is part of our broader effort to migrate Lightning Terminal functionality to the web, making it accessible to a wider audience. The work being done to enable direct interaction with a node through the browser will also enable developers to more easily integrate Lightning into their web apps.

This is just the beginning for Terminal Web, and we look forward to collaborating with the community to build the future of bitcoin on Lightning. Try it out, improve your node, and send us your feedback on Slack, Discord, and Twitter!